This third instalment of Content Marketing Statistics for 2017 is focused on social media.

Large Quote
The UK population is currently 65.1 million, with 92.6% of the population actively using the internet. There are approximately 38 million people actively using social media, which will continue to grow throughout 2017.
thinkdigitalfirst.com
Text Block

With this information in mind, it’s clear how effective social media is in reaching a wide audience. The type of audience you are trying to attract will have an effect on how successful a channel this is for you though.

Engagement on social media does vary across different demographics; for example, Millennials are twice as likely as any other generation to turn to social media, rather than phone or email to communicate with a brand. In fact, 30% of Millennials engage with a brand on social media at least once a month. 7 out of 10 Generation Xers are also likely to purchase something from a brand they follow on social media. Whereas, in contrast, only 24.5% of Baby Boomers are following brands on social, but 60% are looking for promotions there. 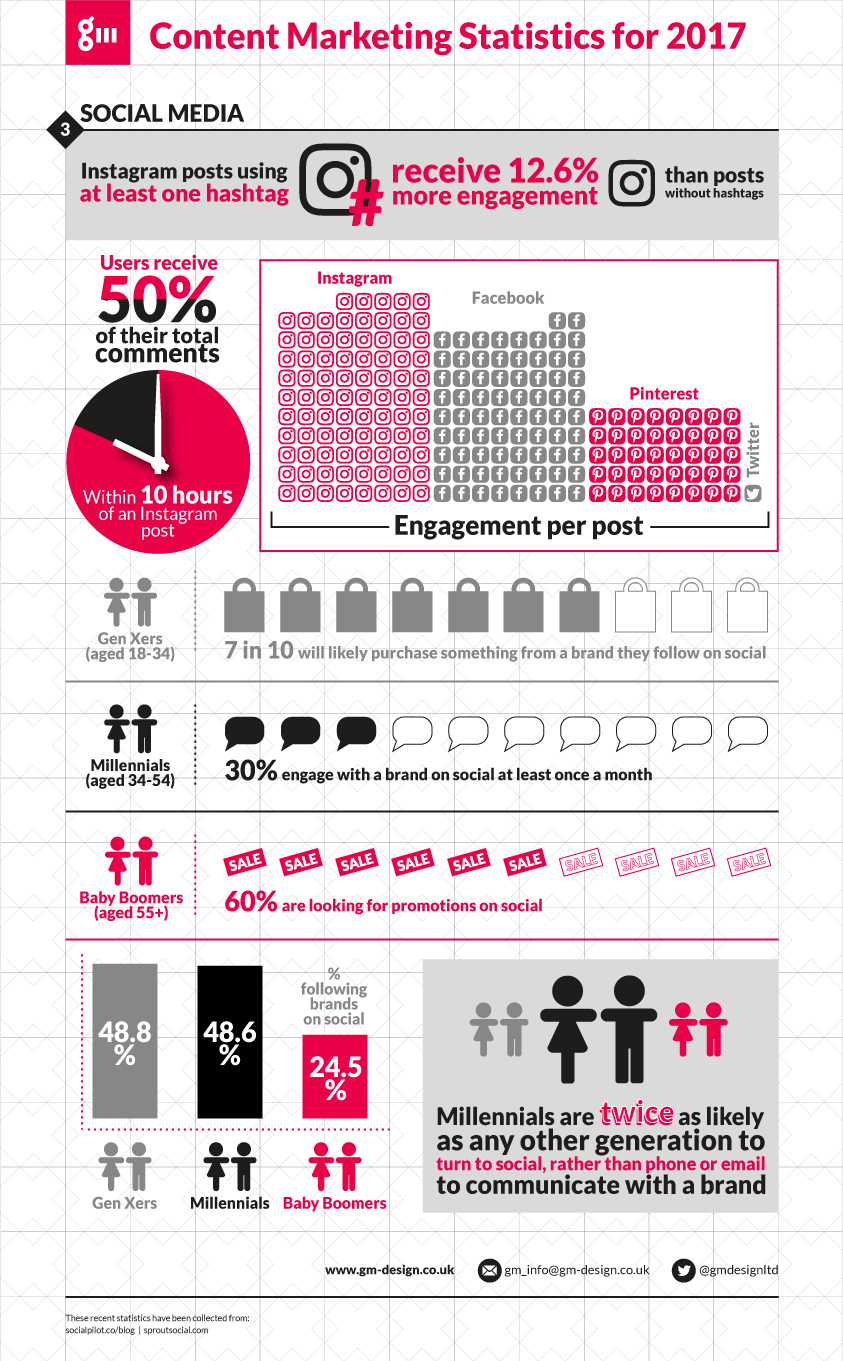 It almost goes without saying, but the type of content you post on social media also has an effect on engagement. As I discussed in previous blog posts in this series: Tweets with images receive 150% more retweets and 18% more clicks than tweets without images; and the fact that some 100,000,000 hours of video a day are being viewed on Facebook shows what a major player video is for boosting engagement on social media. Not limited to just imagery and video though, the text of the post itself can also have an influence on its success – for instance, Instagram posts including at least one hashtag receive 12.6% more engagement than posts without hashtags.

If you’re still hungry for more Content Marketing stats then catch my next and final post of this series, exploring Blog and Email Marketing!